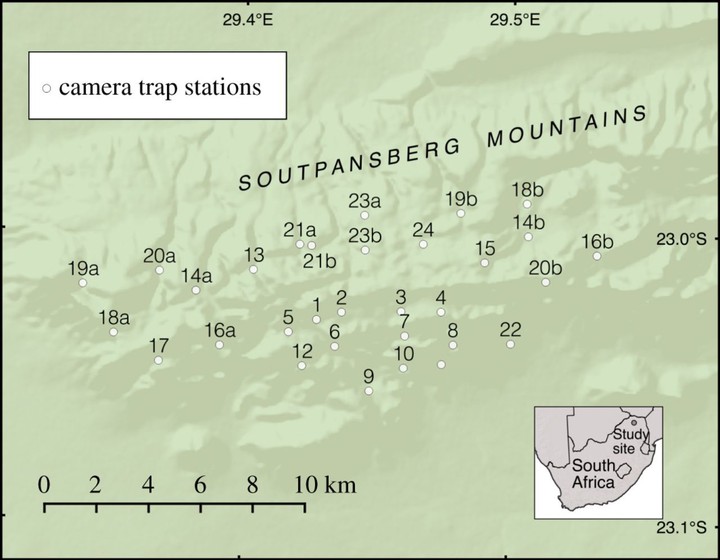 Data on the population dynamics and threats to large carnivores are vital to conservation efforts, but these are hampered by a paucity of studies. For some species, such as the leopard (Panthera pardus), there is such uncertainty in population trends that leopard trophy hunting has been banned in South Africa since 2016 while further data on leopard abundance are collected. We present one of the first assessments of leopard population dynamics, and identify the key threats to a population of leopards outside of protected areas in South Africa. We conducted a long-term trap survey between 2012 and 2016 in the Soutpansberg Mountains, and drew on a previous estimate of leopard population density for the region from 2008. In 24 sampling periods, we estimated the population density and assessed population structure. We fitted eight leopards with GPS collars to assess threats to the population. Leopard population density declined by 66%, from 10.73 to 3.65 leopards per 100 km2 in 2008 and 2016, respectively. Collared leopards had a high mortality rate, which appeared to be due to illegal human activity. While improving the management of trophy hunting is important, we suggest that mitigating human–wildlife conflict could have a bigger impact on carnivore conservation.