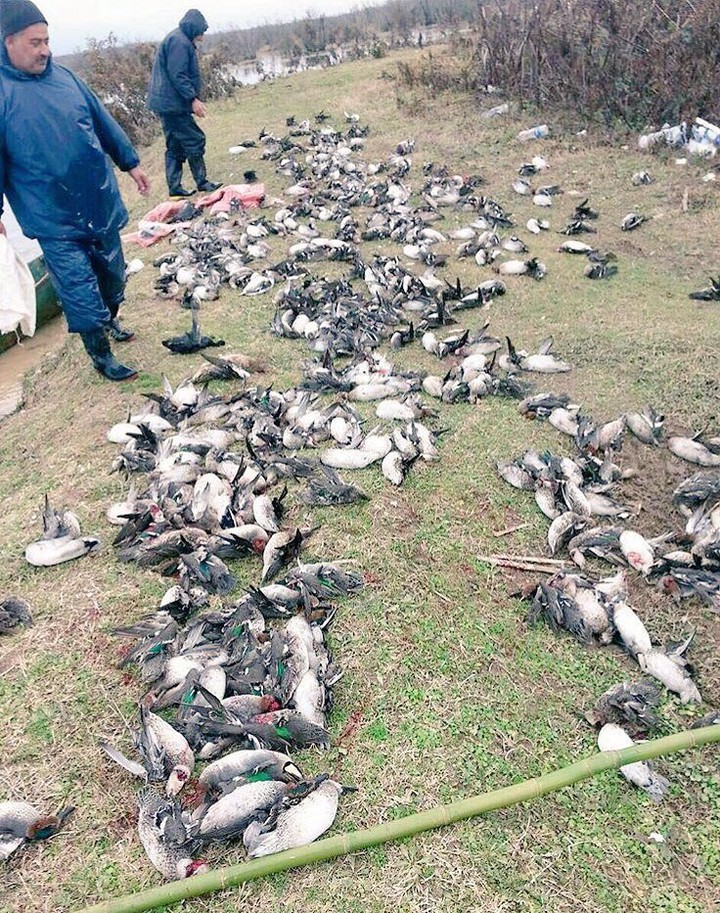 Millions of migratory birds arrive each autumn at Fereydunkenar International Wetland (FIW) in Iran due to its rich eco-system (1). FIW comprises 5427 ha located in the southern Caspian Sea and includes Fereydunkenar, Sorkhrud, and Azbaran lagoons, which are designated as Wetlands of International Importance in the Ramsar Convention on Wetlands (2). However, an estimated 3000 of these birds are currently being killed daily by local hunters in FIW (3) to sell at the local market, facilitated by the recent adoption of more efficient type of net (1). This could have catastrophic effects on the species that depend on this ecosystem. For example, the last remaining individual of the western population of the Critically Endangered Siberian crane (Leucogeranus leucogeranus) (4) winters in the FIW each year, where it is not protected (5). Of the three Siberian cranes that entered FIW in 2007, two were killed (6). Despite the global importance of theFIW to Critically Endangered species, Iran’s Department of the Environment has thus been unable to curb the illegal activities that threaten this ecosystem. Armed locals show a great deal of resistance to wildlife rangers in the FIW when they attempt to enforce existing laws to curtail hunting(7). To bring poaching under control, the Iranian government should increase police presence and enforcement in the areaand introduce new national legislation to control trade in endangered species at local markets. In addition, the international com-munity (particularly the UN Convention on Biological Diversity) should pressure Iran to enforce such laws by imposing fines on the government if migratory birds are killed. Finally, experience has shown the effectiveness of engaging with local com-munities to gain support for conservation efforts. Iranian authorities have used this strategy to address poaching of the criti-cally endangered Asiatic cheetah Acinonyx jubatus venaticus, which only lives in Iran (8). To raise awareness in local communities, the Department of the Environment developed educational programs, held training workshops, and distributed literature highlighting the value of the Asiatic cheetah (9). As a result, the rate of cheetah mortality by local people reduced substantially (10). As in the case of the cheetah, if local communities realize the importance of these migratory birds, they will likely work to conserve them.