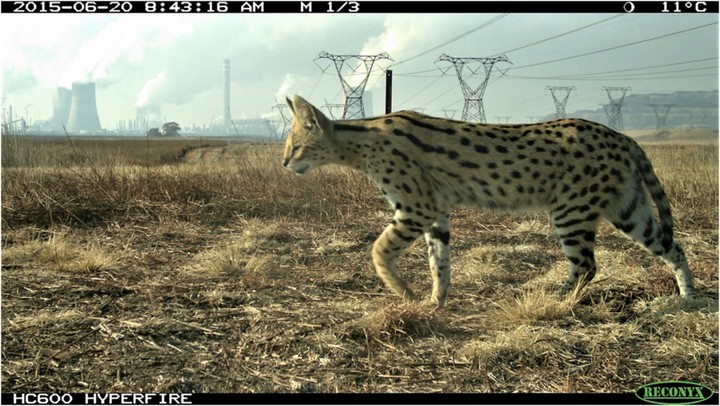 As the environment becomes increasingly altered by human development, the importance of understanding the ways in which wildlife interact with modified landscapes is becoming clear. Areas such as industrial sites are sometimes presumed to have little conservation value, but many of these sites have areas of less disturbed habitats around their core infrastructure, which could provide ideal conditions to support some species, such as mesocarnivores. We conducted the first assessments of the density of serval (Leptailurus serval) at the Secunda Synfuels Operations plant, South Africa, using camera trap surveys analysed within a spatially explicit capture recapture framework. We show that servals occurred at densities of 76.20–101.21 animals per 100 km², which are higher than previously recorded densities for this species, presumably due to high abundance of prey and the absence of persecution and/or competitor species. Our findings highlight the significant conservation potential of industrialised sites, and we suggest that such sites could help contribute towards meeting conservation goals.